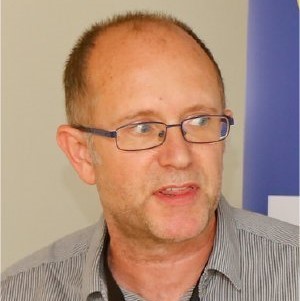 PhD in physics by the Universidad Autónoma de Madrid, post-doc at Physics Department of the University of Southern Denmark (Odense campus) and at the Synchrotron LURE (Orsay, France). Senior Scientist at CSIC since 2008. Today, part of the scientific staff of the Nanotechnology on Surfaces research group at the Instituto de Ciencia de Materiales de Sevilla (Spain). With activity in the following research lines:

* Thin film oxide synthesis with tailored properties (optical, electrical, biological) and their implementation in devices. Involved in many research and technological projects related to the development of thin films with controlled microstructure and chemistry to achieve photonic, electric, electrochromic, luminescent or electrochemical tailored functionality.

* Development of optofluidic sensors. More recently, I have been involved in the development of photonic structures and transducers incorporated into microfluidic devices.

As bibliometric summary, I have published more than 190 SCI papers with more than 3700 citations so far (H-index 29, SCOPUS). I am coauthor of 11 patents, mostly as a result of contracts with industry.